At Open Data Security, our primary focus is cyber security. Its our business to keep your data safe and help to protect your data from the threats that many companies are facing today. We choose to associate our business with brands and personalities that follow the same ethics and community spirit that we do ourselves.

Open Data Security wants to communicate with different corporate brands that have audiences with a wide range of interests; interests that may even involve cybersecurity.

We understand how important it is to build social relations within a modern society. As a global brand, we want to associate our company with successful brands that help us reach millions of potential customers around the world.

These are some of the reasons why we’re sponsoring major names like Everton F.C., the founding members of England’s Premier League.

The Liverpudlian football club has made a huge name for itself and the team members within the sport after its formation in 1878. Since 1954, the team finished as runners-up in their 3rd season in the second division in the League Championship, and remained as a top-flight presence from then on. After that, they’ve competed in the league’s top division for 114 seasons, won the league championship 9 times, and won the F.A. Cup 5 times.

We are massive supporters of Everton F.C., and we are thrilled to be one of their key sponsors. The corporate relationship we’ve established gets ODS heard amongst the club’s fans & supporters, and would make them realise that their favourite team shares the same values as we do. 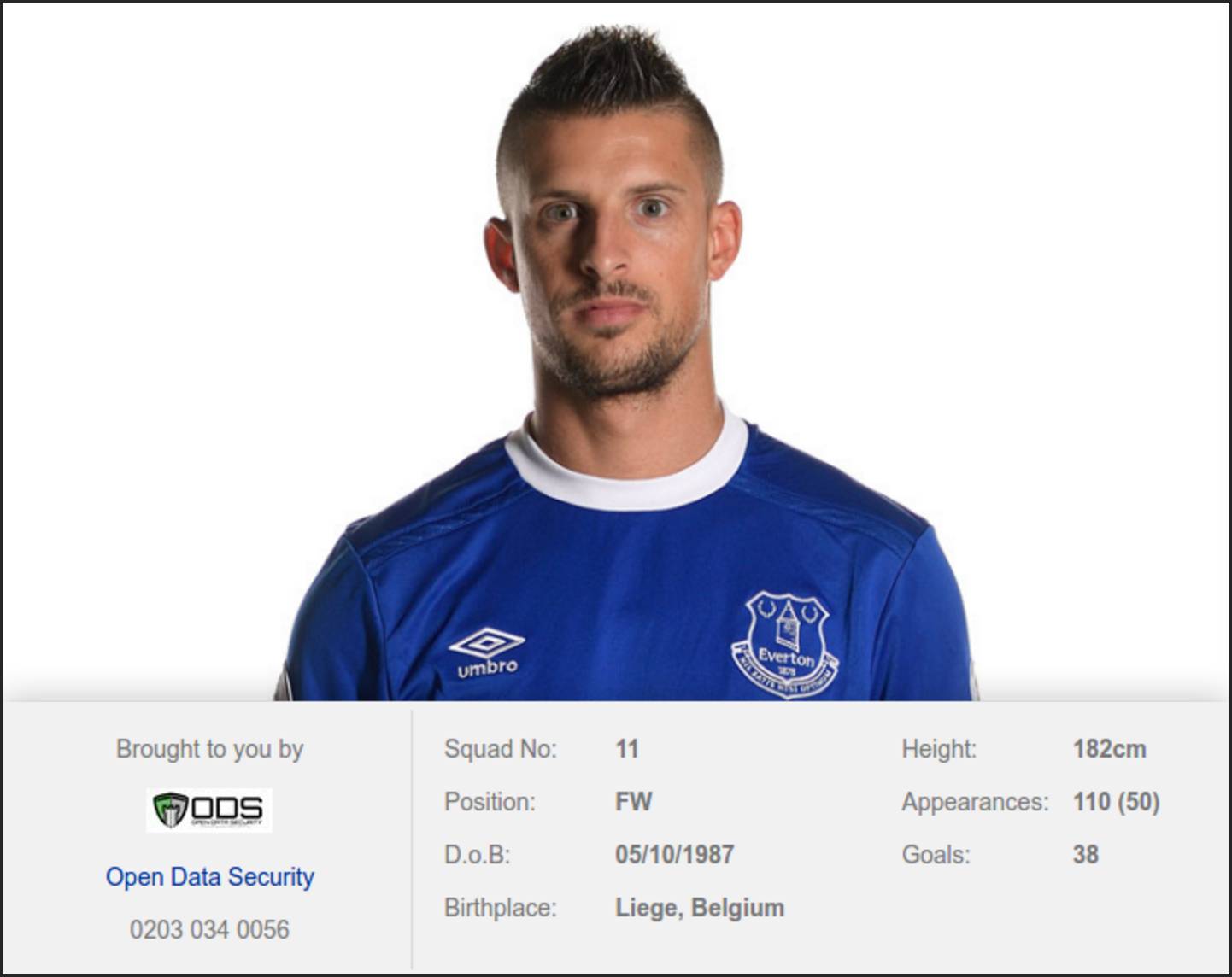 Kevin Mirallas has come a long way since his first appearance in the French team, Lille OSC, in 2004, before he began playing as a Winger for Everton F.C.

After he left the Greek team, Olympiacos F.C. in 2012, Mirallas has been playing for Everton for 4 seasons, and has built a huge presence in the world of football.

Open Data Security couldn’t help but admire Mirallas skills on the field; his pace, passing ability, and close ball control are what motivate us to achieve our goals with the same incentive as the player has.

Who can request a sponsorship?

At Open Data Security we support any type of program, as long as it complies with our values. Contact us and we will give you more information.

What kind of programs do Open Data Security NOT sponsor?

Open Data Security will not accept proposals that have political purposes or that do not fit our values or objectives.

What is Open Data Security looking for in a sponsorship application?

First of all, that it meets our application requirements mentioned above. Second, we would like you to detail as much information as possible about the program that you would like to promote with our help and your objectives. And in third place the contact data of the person responsible for the program.

Who can I contact if I have more questions?

What kind of programs do Open Data Security sponsor?

At Open Data Security we look for sponsorship programs that match the ethics and spirit of our company and that help us reach large audiences interested in cybersecurity. If you think you meet these requirements do not hesitate to send us your request.

What is the amount of funds available?

At Open Data Security we are open to negotiations. Send us your request and we will let you know what funds may be allocated to your program.

How do I send an application?

You can send us one through the form below.

Want us to sponsor you?

Fill in the following form and we’ll contact you as soon as possible.